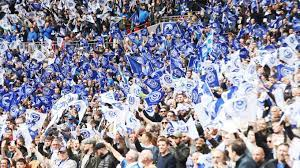 There are many songs that are sung around the football stadiums and being a Pompey fan, this is no exception.  There are variety of songs that are sung at Fratton Park, some are quite amusing and others (often toward Southampton), are quite ‘expressive’.  One particular chant that is echoed around the ground is often toward a particular player from the opposing team, usually in response to a late tackle or a mistake they made, then, with a pointed finger toward the player, the chant would be ‘Who are you’?  Repeated a number of times directly at the player.

This is a question we may all ask ourselves during our life, who are we?  We all seek purpose for living, or we can just drift along simply existing.  But before we define our purpose, we must know our identity.  Identity is under attack in this age, including our gender.  The innocence of a child is being robbed as pressure is placed upon young children and teenagers to change their gender to conform.  However, though much more about this issue can be discussed, the point of this blog is to briefly look at ‘Who we are’!

The bible states that we are created in the image of God. (Genesis 1:26-28).  This immediately separates us from animal life which lives by instinct, where humans live by choices. We exist with free choice, we have a free will, we can make choices and decisions depending on our thoughts and intentions.  We are not robots, though as persons with free choice, we can choose to allow external influences to control us, but it originally stems from our free will.  This may include drugs, we can depend on drugs or addicted to alcohol, or cigarettes etc?  There’s other powerful addictions such as pornography or gambling, These are external influences that can take a hold of our lives and result in negative choices we can make to ‘feed’ this habit.  North America are currently the largest per capita of consumers of opioids in the world. Over the past few years, the availability of illicitly manufactured fentanyl (IMF) in Canada and the United States has jumped and, with as little as 2mg of fentanyl representing a potentially fatal dose, the number of opioid-related deaths is increasing each year.  Fentanyl is becoming the biggest killer in the Western world.  In 2020, 70,000 people died of a dose of Fentanyl in the USA alone.  This is increasing and spreading around the world.
Why, why, why?  Lives are ending so tragically, and yet this substance use is increasing.  I haven’t even touched on the alcohol abuse, suicide, depression etc.  It is so important that people are made aware of our true identity.  The leading cause of death in British men under 50 years old – Suicide. 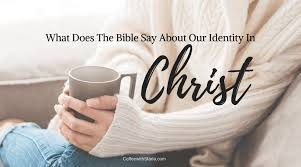 In 1670, a French mathematician Blaise Pascal, published Pensées.  In that book, he has a quote:  “What else does this craving, and this helplessness, proclaim but that there was once in man a true happiness, of which all that now remains is the empty print and trace? This he tries in vain to fill with everything around him, seeking in things that are not there, the help he cannot find in those that are, though none can help, since this infinite abyss can be filled only with an infinite and immutable object; in other words by God himself.”
Pascal refers to a ‘God shaped hole’ in his book, and we often look to fill this empty hole with a variety of things but still, that sense of purpose, hope, fulfilment continues to allude us.  We have so much in terms of materials (despite our unstable economy), and yet we are unhappy and unsatisfied.  The dependency on drugs to tackle depression, or alcohol to suppress how we feel continues to rise.

My friend, there is so much to discuss, debate and converse about and yet the bottom line is that Jesus is the answer.  There is no other hope other than receiving Jesus as your Lord and Saviour.  The hope, peace and unconditional love is available for every person alive, no matter what the past or background.  Religion is a crutch and used as a judgment tool against others.  Religion only introduces judgement, rules, regulations and guilt.  Jesus was for the poor, hurting, broken and lost.  He stood up against the religious.  Yet, the world perceives Jesus as religious and far away from their world.  It’s not so. For a true understanding of your identity and purpose, the best place to look for an answer to this type of searching, is to talk to the original designer – God.

Talk to Him!  Give God the opportunity in your life, what do you have to lose?

But everything to gain.